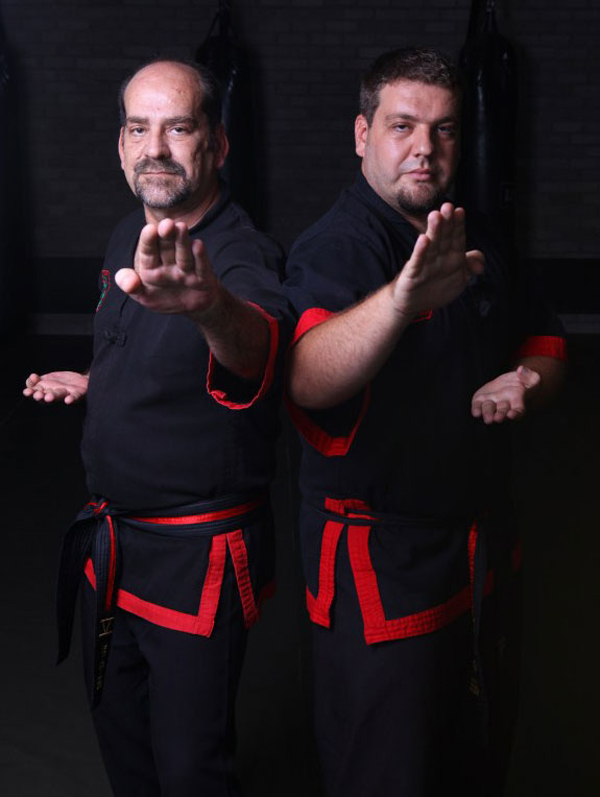 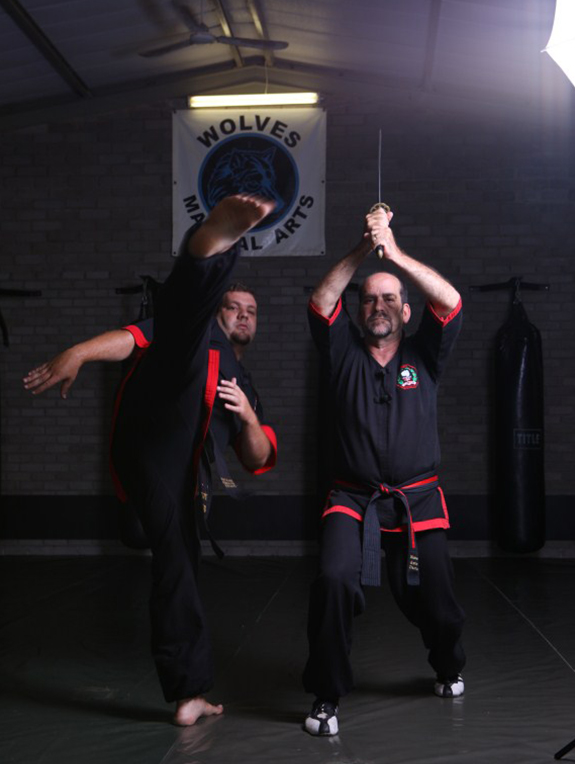 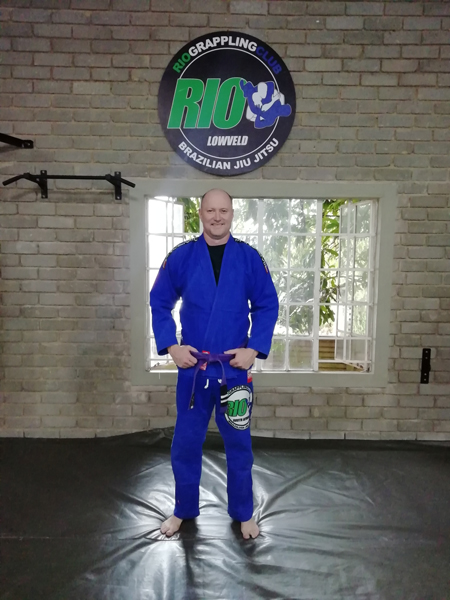 Craig McFadyen is 46 years old, married to Liz and they have two sons, he has lived in the Lowveld for almost 18 years. Craig started training MMA at Trinity MMA Academy in Nelspruit under Bertus Coetzee in late 2008. Craig, with Bertus and his wife Liz promoted and organised 7 Nelspruit Fight Night (NFN) MMA events, in which Craig also competed. At 40, Craig stopped competing in MMA and started coaching, taking a number of MMA amateur athletes to events such as NFN, GFN, GFC and Fight Stars with a number of amateur title fights behind their names. Craig also prepared and coached Dewald Botes and Lourens Botes for their EFC bouts, with Lourens Botes achieving 10 pro MMA fights. Craig started training BJJ under 2nd degree BJJ Black Belt, Jurgen Putter in 2011 and opened Rio Grappling Club Lowveld under founder and 5th degree BJJ Black Belt, Roberto Atalla, with supervision from Jurgen. Craig has been coaching and training BJJ for 7 years and is currently a purple belt. Craig has competed in a number of BJJ and grappling competitions such as MFL, Hanami, Casca Grossa and SABJJF events. Craig has competed in both MMA and BJJ and understands what his students need physically and mentally to be competitive. He is passionate about functional martial arts and values sportsmanship, hard work and integrity.

In 1995 I was selected for the TSD presidential team.

During my MMA career (amateur and professional) I fought the following well known athletes: